Back in Form. > Running the Distance 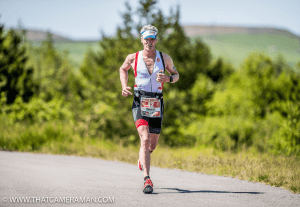 Over 54,000 people will be lining up to start the The Virgin Money London Marathon, taking place on the 22nd April.

Many will be running for charities, aiming to break the 2017 fundraising record of £61.5 million.

The 2018 event is extra special as HM The Queen is starting the race from Windsor Castle as part of the celebration of the 110th anniversary of the 1908 Olympic Games marathon.

By the end of the course and after 26.2 miles of pounding the pavements of London, runners will have pushed themselves to their limits, causing all kinds of pain from the joints to the lower back.

The British Chiropractic Association has some tips to help to get the 2018 runners back on their feet on Monday morning.

BCA chiropractor, Ulrik Sandstrøm, comments on the strains of running such a monumental distance and explains how to minimise the inevitable discomfort in the aftermath.
“The atmosphere of the London Marathon is phenomenal and is what enables thousands of participants to push themselves harder than ever. Obviously, this is great in that it helps many reach the finish line; however the adrenaline rush also means that some people are pushing themselves too hard and not listening to their body’s natural resistance. Often it is only afterwards that the damage is revealed. Stopping at the first sign of pain, certainly during training is important, though at a major race or event such as London Marathon it’s obviously not that feasible and runners need to persevere through various forms of pain. They will pay for it, but the thrill of finishing is worth it!”

The British Chiropractic Association has some tips to help to get runners back on their feet on Monday morning with a safe and effective wind-down:
• Don’t Stop Moving: Keep gently mobile, e.g. regular walking for 5-10 minutes. It is the last thing you feel like doing but remaining static should be avoided at all costs
• Ice, Ice, Baby: For specific injuries such as problems with joints, applying ice is recommended. This is most effective when done immediately but still works when applied in the days following the race
• The Heat is On: A hot bath is ideal for strained muscles and overall rejuvenation. After all, the Marathon is physically and emotionally draining, so it makes sense to relax and literally bathe in your glory!
• Food For Thought: Snack regularly on food, ideally that is high carbohydrate, low fat, some protein, (e.g. tuna sandwich) and drink lots of fluids. Refrain from drinking alcohol until fully rehydrated

Sandstrøm continues, “For those who want to have a go at London Marathon 2019 whether as a first timer or a repeat effort, the trick really is in the training. You might want to consider chiropractic treatment as a way of monitoring your progress as you train, as this way no ‘niggle’ is left to develop into a more serious injury. Having regular check-ups can really help overall fitness development, as any slight pain being experienced can be immediately addressed and fixed.” 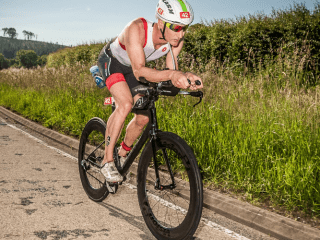 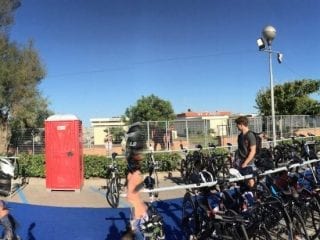